It generally depends on the personality of the person stating it. Some people are more subtle in their statements and some prefer to be more affirmative.

A correct and well thought out opinion, is slightly different. In the sense, it doesn’t only focus on the pros of the opinion. It also highlights certain drawbacks, and gives a logical conclusion where pros outweigh the drawbacks. They’re much more educated and the ones which should gain more attention.

Other thing about strong opinion is, its emotionally backed. Its a major drawback. Emotion doesn’t always go well with objectivity and reasoning. If the same emotion is not shared by others in the group, it generally goes unnoticed.

Its extremely important how you put forward your opinion in a group and how you appreciate opinions from other members. Give more weightage to objective ones. Try to avoid emotional ones and strong(loud) ones. 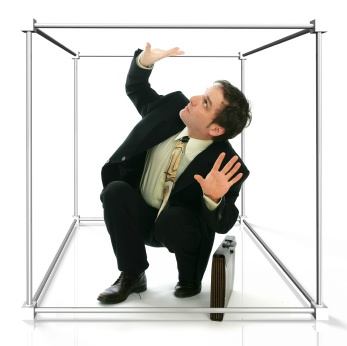 In my previous post An ‘A’ player in ‘B’ team, I touched upon few options that one has when he’s put in an average to sub-standard team. One of the options was to leave for a better option.

As organizations, you want more and more ‘A’ players. They’re the guys, you can throw into any situation knowing that they’ll take care of it. They sniff opportunities when others are pondering over the problems. They bring energy and momentum even when situations seem dark and bleak.  Its hard anyway to find one, when you do.. letting them go is obviously not the wisest of  things to do.

Typically, they struggle in larger organizations because of all the politics/bureaucracy that precedes any decision making process. And the word ‘process’ itself is kind of a metaphor for killing innovation within the company. People are mostly rewarded for doing average work, not extra-ordinary things. It discourages a good talent to keep engaging himself in company’s growth and activities.

So, what do you do.. to retain them, and keep them engaged.

1. Give them some space.

5. Provide them good team to nurture and guide.

6. At times, keep them away from the bureaucratic BS.

The list is not exhaustive, but certainly ample to help you retain him long enough. As is generally said, a good programmer can be ‘X’ times more productive than average one (with X ranging from 10 to 100.. and at times infinity too). 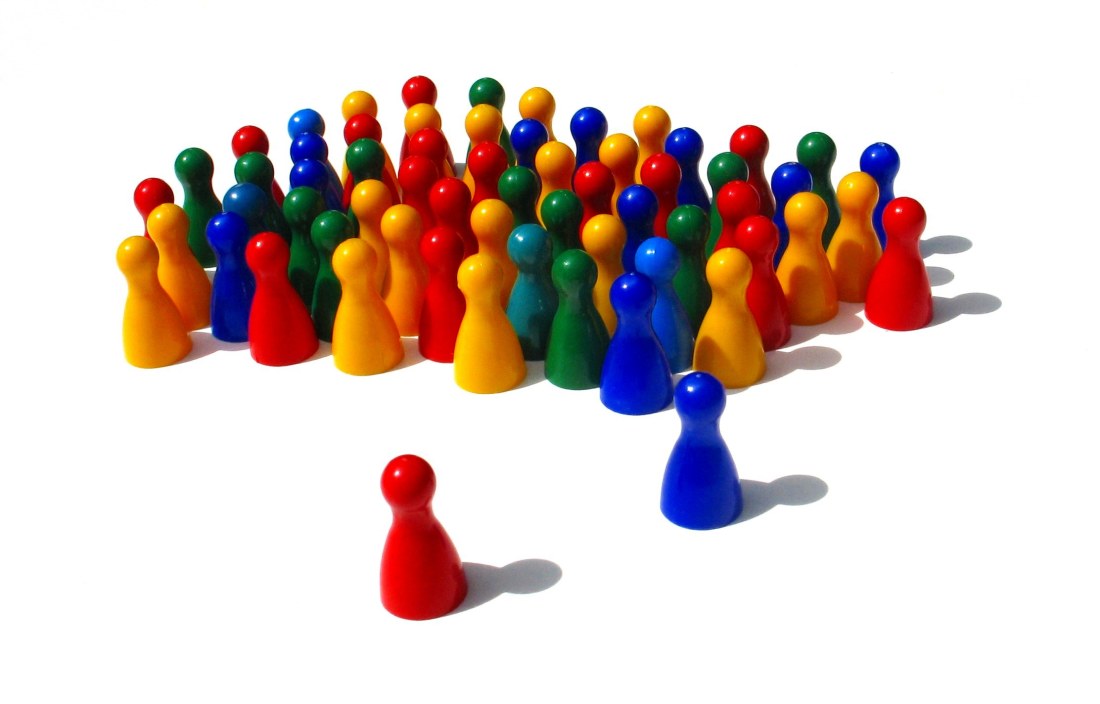 Its a tricky position to be in.

Well, let me define the situation a little more.

‘A’ player is one who is typically smart and effective. Has more than one solution to a problem, where other team members hardly understand the problem. Never ever do you need to follow him to get work done, in fact, he keeps the team on their toes. Takes initiative, and often undertakes more work than he can handle. Inspires people and has a following of some kind.

‘B’ team is one which either comprises of too many senior folks who find ways of not getting out of their comfort zone or folks who’re not competent enough to solve the problem, leave alone solving it well. Both look to choose the easier route, one which is closer to their intellectual reach and doesn’t stretch them.

So, what do you do in that situation..

1. Take advantage of the situation:

Well, since you’re few steps ahead of the team, take advantage of that to finish work early and make up more time for other activities that you like. Contribute to open source, work on a part-time project, etc.

Try to motivate others by your effort and dedication. Coach them, mentor them, push them.. set higher bars of excellence. Show them the way.

Easier said than done. Most teams don’t react well to peers’ advice. They’re a ‘B’ team for a reason. But one can certainly try it out.

3. Get that promotion, you missed last time:

There’s no better opportunity to do lot of work and get that desired promotion. However, need to be careful with the team politics. You may be overloaded with work, and eventually blamed for things (since you were the one who did it).

Chances are you won’t do it, but the probability is high. Just get through this project and move on to another one, quickly.

After trying out above things for a while, if you don’t see any improvements or changes. Move out. Its not worthwhile to spend effort on a team that has no motive to excel. Look around for right people and projects, in certain case companies too.. and run as fast as you can.

Well.. I could only wish, you never get into one of those situations.. But if you do, tackle it with some care. Your action or inaction, can have lasting effect on your career.

Feedback is a way to let people know what you think of them or their work, and hence help them improve.  Typically, they’re given on a individual basis. One to One. Feedback is always considered private or confidential. When it comes to group feedback, there is always apprehension of something going wrong.

But the kind of connectedness and benefits a group session brings is hardly observed in individual sessions. Done properly, the mood of the team is uplifted and reflects on every individual.

Individual feedback has matured over time and many ways have been formalized. One to one, self evaluation, etc. are all good mechanisms to deliver feedback at an individual level. However, there are very few effective methods to conduct a group feedback session. We’ve tried out a couple of ways and one seemed to work better than others..

We tried out a couple of sessions for group feedback during last year and got some positive reactions on it. Let me share the mechanism here..

I’ve personally run this exercise about 10 occassions.. and always received a good response.

OK. Try it sometime and let me know your reactions on the same.

Startup hiring is one of the most interesting and humane part of the whole starting up experience. Not something that companies do very well, though.

I’ve seen startup founders feel very apologetic when discussing career options with an employed person. The discussions go like “We wouldn’t be able to pay your current salary”, etc. etc.

Once you’re apologetic yourself, think of what the other guy thinks of you. I’ve been in such situations myself and can say that they’re not the most comfortable situations to be in.

Let’s change the scene a bit.

I can offer you a “life changing experience” which your current job is not capable of.

What I have to offer is the “thrill, dynamism, new identity” which your current job cannot provide.

Think of an environment “non-bureaucratic, filled with energy, enthusiasm, challenge, camaraderie”.. Think of us.

And guess what.. I’m paying you for all this.

I mean.. yeah.. why should you be apologetic about offering a lifetime opportunity..

Sell the dream.. Pitch the prospects.. not just the job.

Wanna join us at Orbis.. Send me a mail at satyan[at]orbismedia.in with details of yourself (less fluff, more code..) Thanks.

One of the factors that you look for in a candidate during interviews is his collaborative skills. How good is a person when it comes to carrying a conversation with a fellow colleague. How about disagreements? Does he respect arguments or gets aggressive..

How do you do that?

1. There was a basic comfort during the session.

Since interviews have gone on to become this huge one-sided affairs, its become really difficult to gauge a person’s original nature during the interview. Getting a person into a proper discussion is quite a challenge. There are hardly any constructive arguments or discussions. Just questions and answers which are not a good representation of a person’s capability technically, leave alone his collaborative skills and interpersonal skills.

With another candidate in there, it is more comforting for the candidates and when they discuss, it can be more natural. This also spawns many useful discussions and arguments.

At work, you’re faced with similar situations fairly repeatedly. You are always discussing technical solutions with your colleagues. Either looking for support or challenging a solution. However, this situation is not repeated effectively during a interview session.

Two candidates at a time can help simulate a typical work-day, and can help gauge a person’s interpersonal and technical capabilities.

3. Interviewer as a moderator

I’ve always felt that interviewers should be doing more of listening. Just get the candidates talking and listen to them. With one-to-one interviews, mostly the sessions end up becoming a quiz situation. If that is all you want, there are many softwares which might do a better job at it.

With two folks in there, it can be really useful to have a good moderator as an interviewer. One would need to get both of them started in an argument or a discussion and observe how people react to individual points.

Knowing each of the candidates before hand can help a lot in moderation. Look up their details on the web and fit the right candidates together to get opposing views and opinions.

In all, its a nice session to add to your interview plan. It’ll not only help you gauge the technical abilities but will also assure you of how the person would behave during the actual work. This coupled with initial research about the candidate can be a wonderful combination to add to your plan.

Have you ever conducted a ‘Two at a time interview’.. Please do share your learnings from the experience.

This is the fourth installment in the Interviewing series. The first three can be viewed here.. Part 1, Part 2, Part 3

Go where they are most likely to be..

Are you looking for good programmers to join you? By good programmer, I mean one who can code. No.. not just write code, write code which is readable, maintainable, well tested and easy to change.

Where are you looking?

If you think job sites would provide you with such people, all I can say is keep trying.. someday you will find them. Its just too much effort to find one good programmer from a herd of resumes. Too painful and not very rewarding. And by the way, good programmers have started to remove their resumes from those sites. Thus your chances of finding one is made even more difficult.

All I can say is.. well.. I can say nothing. They’re supposed to find you a good resume. I’m sure if you close your eyes and pick a resume from a pile, your chances of that being a good one will be equivalent to the ones filtered by these companies. And bonus.. it won’t cost you anything.

3. Open source code bases. (github, code.google, and so many)

5. Twitter and stackoverflow. (There are some serious folks out there..)

Once you’ve found a few developers who you would like to have in your organization, what do you do?

1. Torment them with joining calls from your HR/calling staff.

2. Send them endless emails about sending their resume to you.

1. Have a chat with him about his interests (in programming and other things..) whenever you meet him.

2. Host a session on programming and invite them for a talk/session. They’ll respond willfully.

3. Host a session that matches their interest (gaming/social networking meet/others..) and invite them to participate.

4. Have an open-office day. Invite people from outside to come and visit your office. Let them have a look at how you work.

Believe me.. you won’t need a formal interview after all this.

Its not easy. Certainly not. But the chances of finding a good programmer are much better this way. Certainly better alternative to a 1-hour interview session.